Free Guide to E-mail for Unions 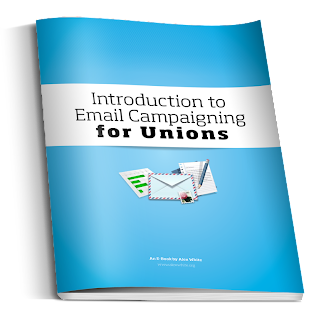 Alex White is an Australian trade unionist and webhead who publishes his thoughts on unions and the internet online. Now he has made available a quick guide for unions in their use of e-mail, the killer app for organizing online.

Free to download HERE.
Posted by Derek Blackadder at 4:00 AM 3 comments:

Labour Photo of the Year Winner 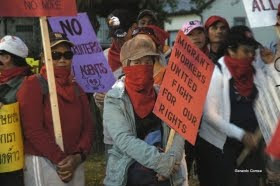 We at LabourStart are very pleased to announce the winner of our 2010 Labour Photo of the Year Contest.

Gerardo Correa’s photograph is of agricultural workers in Canada as they started a 50km march called the ‘Pilgrimage for Freedom’ in an effort to draw attention to the plight of migrant workers.

It gained the most votes from LabourStart’s readers around the world.

Gerardo is himself a migrant worker and a social documentary photographer. The winning photo was his first-ever entry in our contest.

Congratulations to Gerardo from everyone at LabourStart. We hope that in some small way the contest helps bring attention to the struggles of migrant workers around the world. The photo is available for non-commercial use by unions and workers rights organizations. Contact Canada@LabourStart.org for details.

Read a bit about the story behind the photo HERE.
Posted by Derek Blackadder at 11:17 AM No comments: